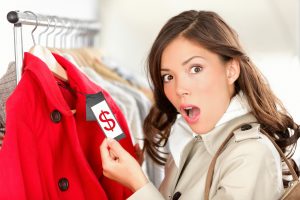 One of the lesser known and overlooked provisions of the Affordable Care Act (ACA) took effect on January 1, 2019 and most of the nation’s hospitals are hoping that no one noticed. The ACA required these hospitals to provide their charge-masters for their services online in “machine readable” format. In inside baseball terms, this means that they essentially have to disclose their master list of prices for everything they bill for. 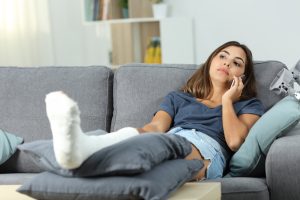 Hospitals and even insurers have complained about this most recently implemented transparency requirement from the ACA. Critics fairly point out that the information is of limited value to consumers. Why is that?

1. The list price isn’t generally what gets paid. Insurers from the Blues to the Nationals (such as Cigna, Aetna and United) and even traditional Medicare don’t pay the list prices. Copayments and co-insurance amounts are also not based on the list prices. They all have different negotiated or, in the case of Medicare, formula-based payments that are much lower (typically half or even 25% of the list price).

2. Medical billing isn’t cut and dried. The charge-master won’t necessarily make a lot of sense to a lay person and the same medical condition may get treated somewhat differently at different places or even within the same place based on particulars of a case. A quick scan of UPMC Presbyterian/Shadyside’s charge-master shows more than 28 thousand different charge items. Even sophisticated consumers are unlikely to be able to pinpoint which of these items are likely to be charged to them in the case of a planned medical procedure.

3. The charges don’t always reflect any potential differences in quality of service or of the technology used.

These are reasonable criticisms. If anything, the criticisms beg for even more transparency such as the publication of the negotiated prices by insurer, universal quality metrics, and a way of presenting the prices in laymen’s terms (e.g., setting a broken arm, $X). All of this being said, it is not fair to say that the information is of no value. Why is that?

1. Not everyone has insurance. The charge-master can give uninsured patients who don’t have the benefit of lower negotiated rates the ability to do some comparisons. For example, a patient can compare the cost of an X-RAY EXAM ENTIRE SPI 2/3 VW at Allegheny General Hospital of $429 vs at UPMC Presbyterian of $854. This is obviously an example for only one procedure. For another procedure, the cost differential may be different or reversed. That uninsured patient could then either choose to go to one place over another based on this information or, they could try and negotiate down the price beforehand on their own.

2. Sometimes people may feel a need to go outside of their insurer’s network. Let’s say you need cancer treatment and the doctor who is the world-renowned specialist is at a hospital that isn’t in your insurer’s network. It might be worth it to pay out of pocket if it your life is on the line. Knowing the prices can help you figure out whether you can afford it, and maybe to negotiate down the price.

While it may be an unintended consequence, publication of the charge-master also has the potential to change the way that employers provide health care for their employees. Most larger employers (>500 employees) have self-insured medical plans, where they pay the medical costs of their employees directly. The carrier (Highmark BCBS, UPMC, Aetna, etc.) or Third Party Administrator (TPA) manages the payments and network for them.

In a market such as Pittsburgh, employers who use Highmark as their administrator are cut off from UPMC hospitals and those using UPMC Health Plan are cut off from the Allegheny Health Network. An employer locked into one health provider by their carrier may have an employee who would benefit from seeing a specialist at the other health system.
The charge-master data gives the employer a starting point for estimating what it might cost to allow that employee to go out of network. At first, this might just be an ad-hoc scenario for a life-threatening illness that requires the expertise of a specialist. The charge-master data coupled with other available data points could give employers a starting point to try and negotiate with an out of network provider. This approach need not be a “one off”. Employers could, on their own or as a group, negotiate contracts with hospitals as an adjunct to their carrier’s contracted network. This strategy offers employers much greater flexibility in offering benefits to their employees. 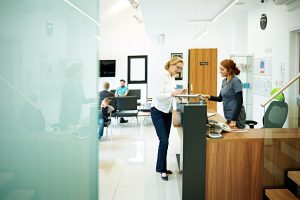 In Pittsburgh’s otherwise bifurcated market, direct contracting offers employers an option to ensure that their employees always have access to the best possible medical care. They could ensure that their employees’ health and well-being isn’t jeopardized by the business conflicts between competing health systems. Employers could also put protocols into place to limit the scope of “network jumping.” They would have the option to have an open network be the norm or an exception based on circumstance.

Making the charge-master public is a big deal but it’s not a cure all. It won’t “change the face” of healthcare, but it may be the first step in a long series towards greater transparency. We also think that it is the first salvo in beginning to level the information playing field between the hospitals and the employers and individuals who ultimately pay for their services. It doesn’t go far enough.

1. Not every provider type is included (ambulance companies, life-flight type services, physicians, and other facilities).

2. The data is often presented in a way designed to make it difficult to make sense of. Here are some examples (links current as of 1/7/2019).

3. The data is not aggregated into understandable episodes of care, e.g., Treatment for a Broken Arm with variations (Simple, Moderate, Complex). Consumers are left to try and figure out the services that might be required for their particular situation (some hospitals are providing Diagnostic Related Group estimates). We do expect data analytics firms to start gathering the data and cutting it into more useful formats and services.

4. It doesn’t tell the user what a hospital is likely to expect in payment from an insurer (which more accurately reflects the market price for the service) to allow for negotiation down in price from the charge-master.

That said, it is a first step towards transparency and more importantly for large employers, it is an opportunity to exert more control over their healthcare spend. As always PBGH and Tonic Advisors are here to help you think through the implications for your organization.

Becoming a member, signing up as a partner or sponsor, and joining us at an event are all great ways to connect with what PBGH is doing in your community!

Not a member yet? Sign up for exclusive benefits and a library of knowledge from local business owners just like you!